Nguyen Lan Thang is the third generation of Nguyen Lan family, one of families in Vietnam that has been known for having a long and prominent traditional fondness for learning. He was an active leader of the Communist Youth League during high school. Despite graduating from the University of Architecture Hanoi, he soon after quit his job and became an independent journalist from 2011 onwards.

Nguyen Lan Thang is active on civil society development and human rights. Thanks to his talents in photography, he was familiar with netizens for a larger number of updated pictures and videos on issues such as demonstrations or land grabs by the government, on which state-owned media was prohibited from reporting. He is on the blacklist of police and is often harassed.

On October 30, 2013, Thang was detained at Noi Bai airport after returning home from a 6-month trip to the Philippines and Thailand, where he and a group of Vietnamese bloggers attended a study program on civil society and met U.N. Human Rights officials to present Declaration 258, signed by 100 supporters, and to report about human rights violations in Vietnam. He was then released the next day.

In 2014, authorities prevented him from traveling to the US for attending events on the World Press Freedom Day.

In 2015, a group of people went to his private house to threaten his family on October 21. Two days later, Nguyen Lan Thang and his wife, Le Bich Vuong, were attacked at a kindergarten when they were picking up their three year-old child. On October 24, a group of strangers splashed the door of his house with red paint.

In March 2017, Tran Nhat Quang, leading a group of public opinion shapers that was established by the government as polemicists to detect online anti-government sentiments and direct the public opinion, went to Thang's house and made noise by playing music, shouting, and insulting him with a loudspeaker.

Vietnam: Arbitrary arrests and harassment of bloggers and activists continue, Worldwide Movement For Human Rights, May 07, 2014

On August 8, 2018, a group of four-five injured war veterans went to Nguyen Lan Thang’s house and demanded him to come out and talk. Nguyen Lan Thang was outside at this time.

They accused him of mocking Ho Chi Minh’s image and defaming the regime, which they sacrificed themselves to build up and protect.

They brought a loudspeaker and kept making noise in front of his house. After Thang’s neighbors complained, the group gave an excuse that they were doing a “mission," then continued shouting and playing music.

Thang’s wife made a phone call for police, but they did not come, even after promising to do so.

The group of veterans then bought food and ate right outside Thang’s house. They didn’t leave until around 7:00 pm, after calling someone to report that they had done their work.

On August 09, 2018, as they promised before leaving the prior day, they came back to his house and took similar actions. 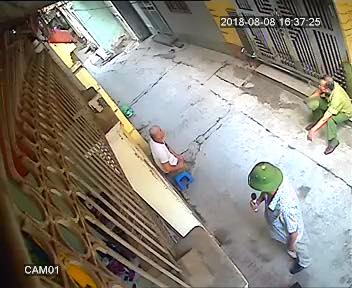 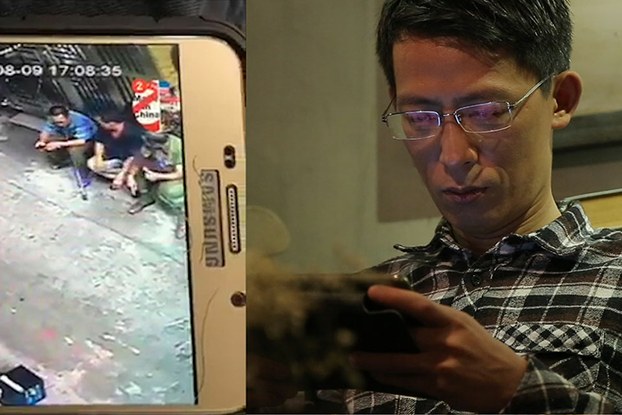 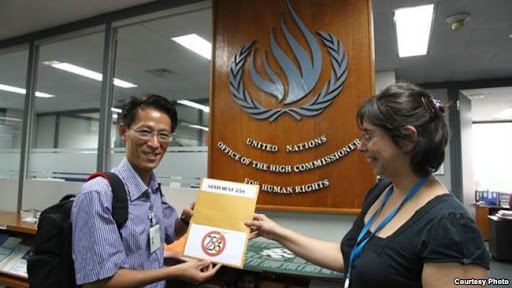 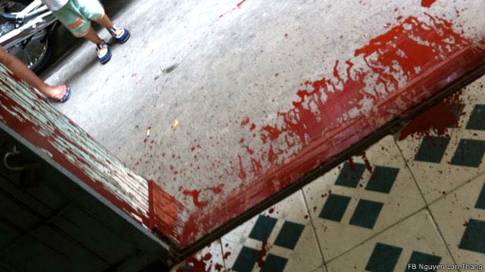