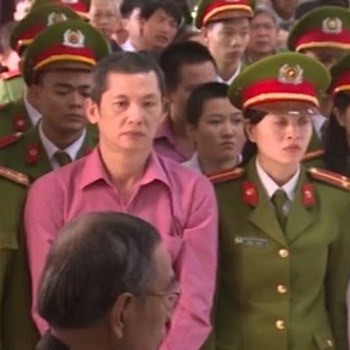 Political prisoner Huynh Duc Thanh Binh, in a call with his mother, reported that his fellow inmate Huynh Huu Dat, 52, had died in prison due to lack of proper healthcare. Dat reportedly suffered from cancer and an unknown liver condition.

According to state-owned media, on Feb. 16, Dat and other members of his group "collaborated with overseas organizations" to "print and distribute leaflets" in Quy Nhon and An Nhon township, in Binh Dinh’s Tuy Phuoc district. Binh Dinh newspaper said the leaflets had "content that appeals for support for a so-called 'interim national government of Vietnam,' speaks ill of current leaders, propagates and incites the people to subvert the government."