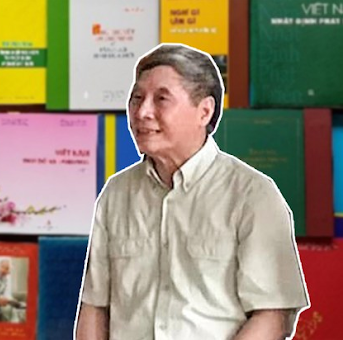 Nguyen Son Lo, from Hai Ba Trung district, Hanoi, is the former director of the Institute of Technology Research and Development SENA.

SENA used to take part in petitioning recommendations on amending and improving the ruling Vietnamese Communist Party (VCP) and the Constitution.

An open letter signed by Nguyen Son Lo as the director of SENA in 2015 and sent to the Politburo, 12th Party Congress and other members of Vietnamese Communist Party mentioned recommended changes to the Communist Party, the state, and diplomatic policy. Among these were changing the name of Communist Party; changing the name of country (recommending it not be called the Socialist Republic anymore); amending the Constitution; promulgating and completing the legal system; building the government with the independence of three branches of power (legislative, judicial, and executive); changing the National Assembly elections; and gradually distancing Vietnam from China in regards to economics, politics and society, etc.

From 2009 to 2013, Nguyen Son Lo lodged complaints against the decision of Hanoi People’s Committee on reclaiming the headquarters of SENA in order to expand the headquarters for Ba Dinh district’s Public Security office.

On July 16, 2022, a seminar on Ukrainian culture was organized at a meeting room of SENA. Allegedly, the seminar was interrupted by electricity cuts at the meeting venue.

On 4 July 2022, the Vietnam Union of Science and Technology Associations (VUSTA) issued a decision to suspend operations of the Institute of Technology Research and Development SENA in order to proceed with procedures on its dissolution. The reason given was that this Institute violated the regulations of operation registration. Since 2005, SENA has not paid rent to the state and has not made the declaration of the use and management of house and land according to Decision No. 09/2007/TTg of the Prime Minister. In 2007, SENA on their own signed agreements under the form of service contracts with different foreign organizations for renting out a part of their space. This was considered a violation of Article 5.2, Decision No. 09/2007/QD-TTg of the Prime Minister dated January 19, 2007 and Article 6 of Law on Management and Use of State Property No.09/2008/QH12 dated June 12, 2008.

On July 27, 2022, Lieutenant General To An Xo, the Spokesperson and the Chief of the Ministry of Public Security Secretariat, declared that the Investigation Security Agency of the Ministry of Public Security had issued a decision on filing charges against Nguyen Son Lo. In addition, the Security Investigation Agency also proceeded with searching his residence and workplace and issued a decision on residential confinement and exit restriction. Lo was put under house arrest and under travel restrictions but not detained in a detention center.

One observation on the potential reason for the charge against Lo is that from 2009 to 2013, Nguyen Son Lo, as the director of SENA, lodged complaints against the decision of Hanoi People’s Committee on reclaiming the headquarters of SENA to expand the headquarters of Ba Dinh district’s Public Security. Those complaints were all rejected, but Lo had continued to follow the case.  The decision on reclaiming the land SENA sits on, which occupies a sought after location, has still not been implemented.