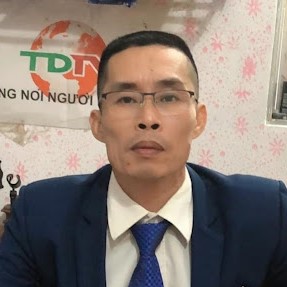 Profile photo: Ha in one of his videos. Source: Voice of America Vietnamese

According to attorney Le Dinh Viet (who represents Ha before the court), Ha himself is a land petitioner concerning the resettlement plan of the Tuyen Quang authorities. The authorities promised that people who returned land for the construction of the Tuyen Quang Dam would receive a certain amount of land in Tuyen Quang City. However, the government has not fulfilled its promise after 16 years.

Ha studied law by himself and is currently trying to support land petitioners via his YouTube channel, "Tiếng Dân TV Lê Hà," since May 2018.

Vietnam's human rights situation off to an ominous start in 2022, Global Voices Advox, February 4, 2022 (original content from The 88 Project)

Speaking with the VOA, Ma Thi Tho, Ha’s wife, explained that on the morning of January 12, her husband was arrested in Chiem Hoa District when he was on his trip to invite people to his daughter’s engagement party. Ha was escorted back to his house in Kim Phu Ward, Tuyen Quang City, where the couple was held while more than 50 police officers guarded and searched their house. Over 20 books (all law books published by sanctioned publishers in Vietnam) and two laptops were taken away.

It wasn’t until January 13 that the Public Security of Tuyen Quang issued the arrest notification to Ma Thi Tho, stating that Ha was arrested for the investigation against him concerning Article 117.

According to the investigating report, the local authorities accused Ha of compiling, posting, and sharing articles and video clips with propaganda content on social media sites, including YouTube and Facebook, in order to distort and defame the people's government, to insult President Ho Chi Minh, and to spread fabricated news.

Our initial investigation shows that his channel is rather moderate in tone and focuses mainly on land issues. 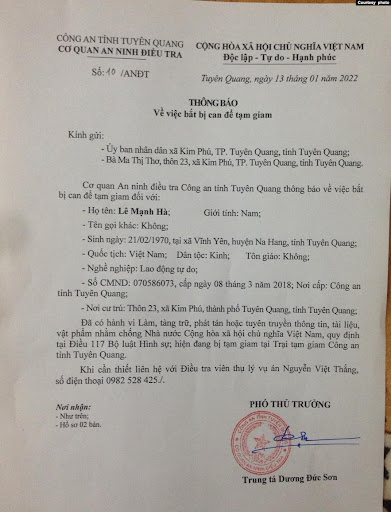 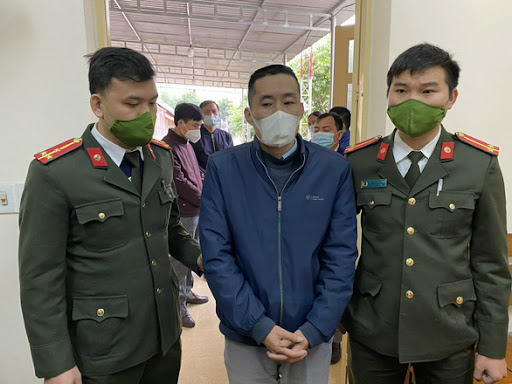 Ha arrested at his house

Vietnam's human rights situation off to an ominous start in 2022, Global Voices Advox, February 4, 2022 (original content from The 88 Project)