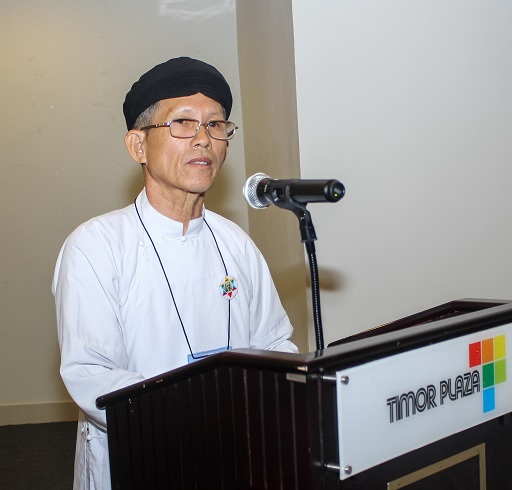 After the end of the Vietnam War and the Communist take-over in 1975, Suong established another sect of Cao Dai 1926 named Nhon Sanh in order to preserve the practices and traditions of the original Cao Dai religion, fearing the intervention and nationalization of religions by the new government. The followers of Cao Dai 1926 and Nhon Sanh in particular remained in several temples in southwest Vietnam, including Long An and Tien Giang Provinces.

Suong specifically says that he wants to stay outside of the new political landscape in Vietnam and respect the recognized sect of Cao Dai (hereinafter called Cao Dai Tay Ninh), as long as his sect, and the original practices of Cao Dai 1926, can be protected, and his religious freedom is respected by the authorities.

The problem, however, is that Cao Dai Tay Ninh claims the totality of representation of the Cao Dai religion in Vietnam. With the support of the national government and local public security, Cao Dai Tay Ninh has forcefully expelled followers of other temples or even evicted them from Cao Dai temples across the country.

October 28, 2019: barred from going abroad to attend a religious conference

From October 28, 2019 to November 1, 2019, Tran Ngoc Suong was barred from going to Bangkok to attend an annual conference on religious freedom held by Boat People SOS. He tried every means, either flying or going by land. However, the Ministry of Public Security had already nullified his passport.

Cao Dai is a decentralised religion that had many sects and branches before 1975. However, after 1975, with the support of the Communist government, Cao Dao 1997, or Cao Dai Tay Ninh, composed of public officials and members of Vietnam Fatherland Front, was established. It claims the total representation for all Cao Dai sects in Vietnam and requires these original sects to hand over the temples or join them.

Suong has long advocated freedom of religion and the peaceful operation of his sect of the Cao Dai. This has made him a target of harassment for a long time. 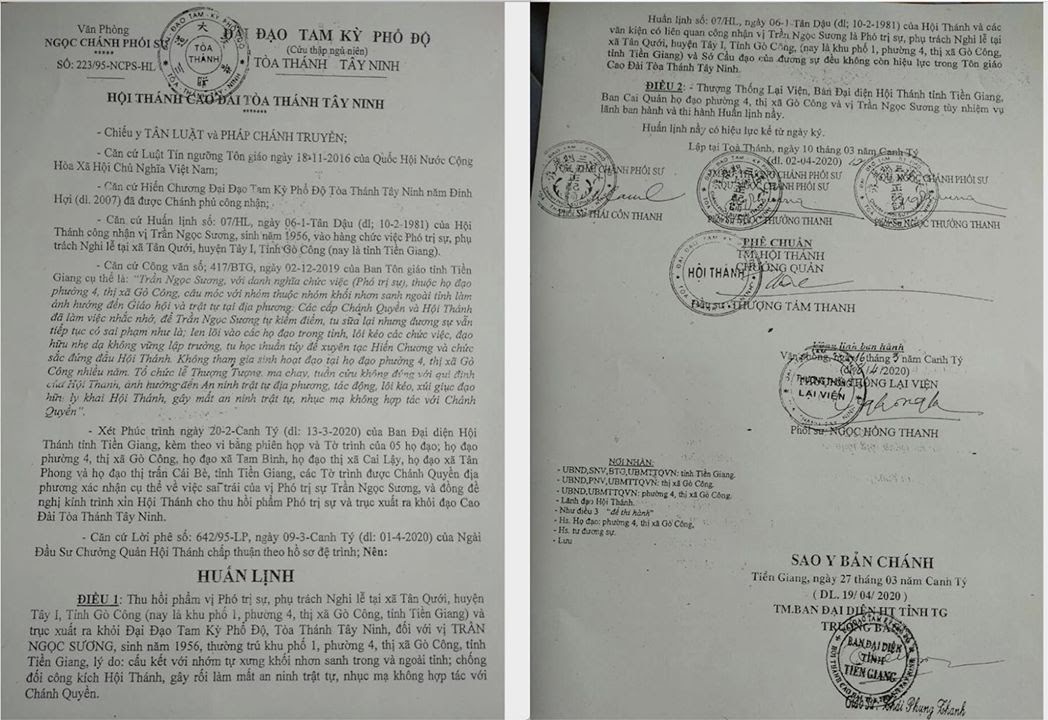