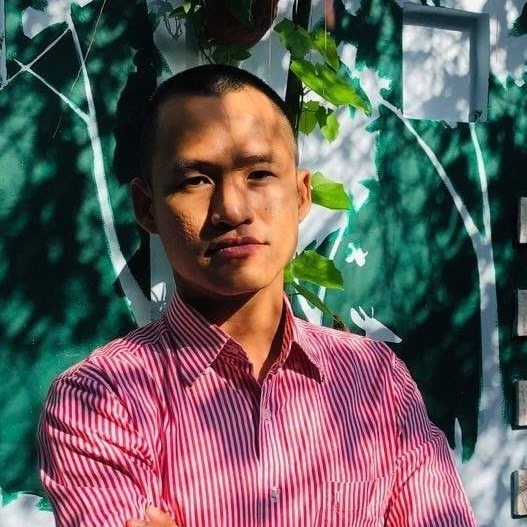 Trung attended the Ho Chi Minh City University of Technology in 2001-2002. He went abroad to study at the Institut National des Sciences Appliquées (INSA) in France in 2002 and earned a Master's degree in Information Technology in 2007. During this period, Trung took an interest in political activism and pushed for greater democracy in Vietnam.

In February 2006, Trung petitioned the Communist Party of Vietnam’s Tenth Congress, and then sent a letter, titled “Suggestions from an ordinary student in an abnormal country,” to the Minister of Education, Nguyen Minh Hien. He wanted to address some problems of politics in Vietnam's education system. There was no official response.

On May 8, 2006, Nguyễn Tiến Trung founded the Assembly of Vietnamese Youth for Democracy (Tập hợp Thanh niên Dân chủ, THTNDC in Vietnamese, or “Viet Youth for Democracy”), calling for students to take part in pushing for political reforms in Vietnam. The goals included 1) disseminating democratic principles, 2) creating a forum for the exchange of political ideas, and organizing for political activism, and 3) preparing the youth to take part in democratic and legitimate parties in the future.

In mid-2006, the APEC summit was hosted in Hanoi. THTNDC collected signatures to petition the APEC leaders directly. Trung went overseas to seek support from Canadian and American politicians. Furthermore, Trung met the members of the European Commission to ask for their support.

In 2007, Trung returned to Vietnam. A few months later, he was called to present for military service in March 2008. During the service, he declined to take the Army's honor oath, as it would require him to pledge allegiance to the Communist Party of Vietnam.  Trung was dismissed from the military on July 6, 2009 but then arrested the very next day.

On January 20, 2010, Trung was put on trial alongside democracy activists Tran Huynh Duy Thuc, Le Cong Dinh, and Le Thang Long. He was sentenced to seven years in prison and three years of probation under Article 79 of the 1999 Criminal Code, for subversion.

Many international organizations and thousands of individuals asked for Trung’s release from prison from the very first day of his sentence until he was released earlier than expected, on April 12, 2014.

He lives with his family in Ho Chi Minh city.

August 30, 2019: denied right to register tenants at his house

In January 2019, the public security went to Nguyen Tien Trung’s house at 9:30 pm and asked to enter his house to check every single room and verify the household registration paper. Trung refused to let them in and showed them the paperwork while they stayed outside the door. He asserted that the public security can only enter and search the rooms in his house when there is a warrant issued by a competent court, according to Article 22 of the 2013 Constitution (“Everyone is entitled to the inviolability of his or her domicile. No one is allowed to enter the domicile of another person without his or her consent.”)

On August 30, 2019, Trung went to the local authority to register tenants at his home. However, the authorities refused to grant his request unless he agreed to allow the police to enter his house at any time to verify their household registration paper. He refused to sign this agreement, again asserting that it’s a violation of his constitutional right to inviolability of private residence. He also claimed that tenants registration and household registration papers are two separate matters, and the authorities purposefully confused the two issues to pressure him to give them access to his house, which he refused to do. Therefore, the police didn’t allow him to complete his tenants’ registration, causing difficulty for his family in renting out rooms in their house. 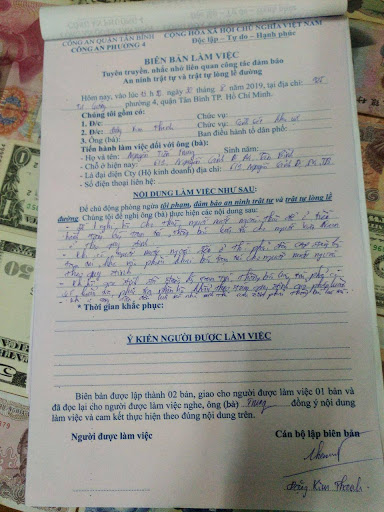