Tuy was released early on September 10, 2020 due to "good behaviour." His Facebook’s account is currently active.

Before being arrested, Tuy lived and worked in Dak Lak.

Tuy is one of many drivers participating in the national-wide protest movement against the installation of toll booths across the country as the result of Build - Operate - Transfer projects (BOT projects) . Many have criticized the locations of these toll booths, alleging that they are being charged with or without using the new road built by BOT companies. They also believe that this lucrative business (which can generate billions of Vietnam Dongs per day - approximately 50,000 USD to 100,000 USD per day) is corrupted by cronyism.

The incident first started at the tollbooth of Ben Thuy Bridge, Hung Nguyen District, Nghe An Province, where Tuy refused to pay the charge just for using national road 1A.

After dodging this tollbooth, his car was again blocked by local traffic police at the milestone no. 444(+220), Nghi Loc District. While many state news outlets assert that he was already uncooperative at this time, he actually volunteered to drive his car to return to the Public Security Office of Hung Nguyen without any provoking action.

Only under the custody of the Public security of Hung Yen, Tuy was accused of “obstructing public officers from carrying out their public duties,” according to Article 330 of the 2015 Penal Code and formally arrested there.

According to journalist Truong Chau Huu Danh, the reason Tuy decided to “locked himself in the car” is to protect himself from the intimidation of masked thugs. The action was then somehow used against him before the court.

The so-called “criminal conduct” was carried out within the precinct of Public Security Office of Hung Nguyen District, yet the authorities still believed that the “crime” was complicated enough to warrant a detention period of two months.

During the trial, many drivers across the country gathered to show support, some who participated in the trip with Tuy would have liked to testify as witnesses. Yet, they were all barred from entering the courtroom. 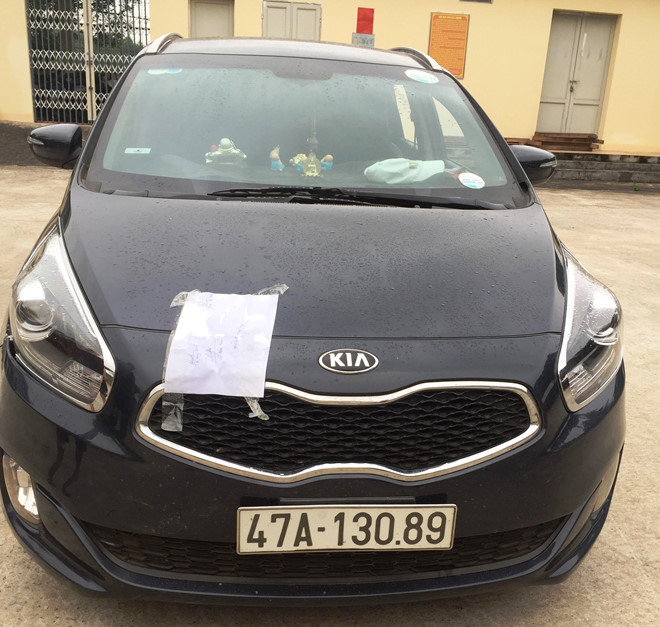