His daughter, Dinh Thi Thu Thuy, was also been invited for the third time on April 10, 2019, because of her online activities on Facebook.

April 22, 2019: invited to work with police for composing a poem about the anti-corruption campaign

Dinh Van Minh was invited on April 22, 2019 to work with police on the content of his poem “Gui Dot Lo Dang Tong” (tentatively translated as “To the anti-corruption campaign by the Party General”). His poetry, writing in a humorous style, was about the anti-corruption campaign that Nguyen Phu Trong, the President-General Secretary of Communist Party of Vietnam, has implemented. Minh’s daughter, Dinh Thi Thu Thuy, posted his poem, as well as the public security’s invitation, on Facebook 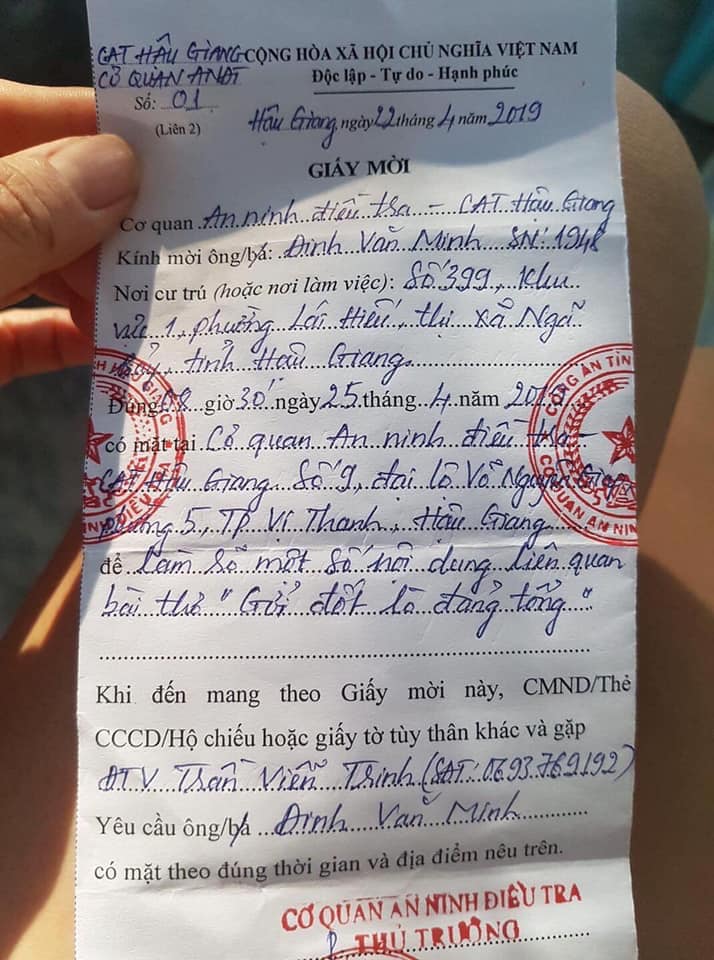 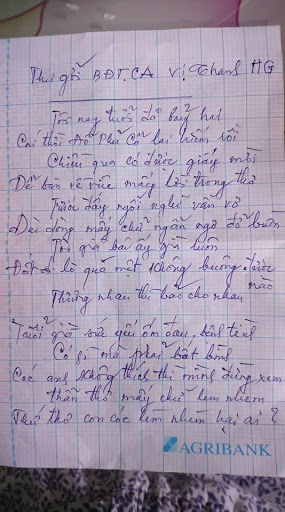 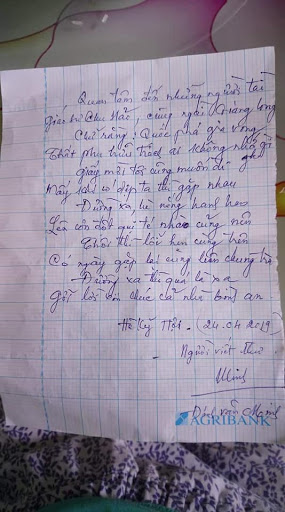