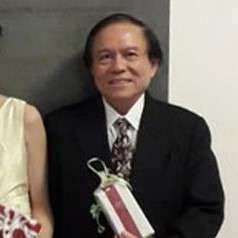 Nhan is a former political prisoner, tried in 1979 and sentenced to prison under the charges of  "propaganda against the revolution" and “organizing to send students and students abroad.” After his release from prison, he continued his activism and founded the group Vietnamese Former Prisoners of Conscience. In 2015, he and his family went to Germany to seek asylum. He had applied for asylum status in Canada and was living in Nuremberg at the time of his deportation.

Nhan’s wife was deported along with him from Germany in March 2019, while their 19-year-old daughter, Nguyen Quang Hong An, who studies piano in Germany, remains in the country. She is also at risk of deportation. Her musical talent originally brought the family to Europe in 2015.

March 26, 2019: deported back to Vietnam while seeking asylum in Germany

Nguyen Quang Hong Nhan, a Vietnamese activist who previously served twenty years in prison, was sent back to Vietnam. Nhan had applied for asylum with the Canadian Embassy in Vienna, Austria. On March 26, 2019, German police suddenly detained Nhan, as well as his wife, in their home and extradited them to Vietnam. Upon landing, he was interrogated for 14 hours. As of April 7, 2019, Nhan was not currently detained. Nhan recently had a stroke, so many are concerned about his health through this ordeal.

PEN International spoke out against the deportation, highlighting Nhan’s health issues and the likelihood that he will face persecution back in Vietnam.

Some German government representatives and civil society groups have also criticized the move and called for Nhan’s safe return to Germany.

Outrage in Germany over deportation of Vietnamese dissident, DW.com