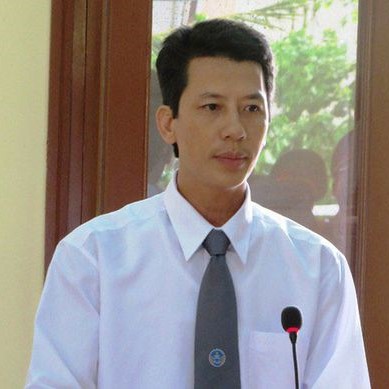 Other Names: Võ An Đôn

Prominent human rights lawyer Vo An Don and his family were stopped from boarding a flight to the United States just as they were about to board their flight to emigrate to the United States seeking political asylum. Don had been barred from practicing law for the past five years after he successfully defended families of victims who died in police custody. Don said he would now sue the government for violating his freedom of movement; his biggest concern now is whether his children will be allowed to return to school.

He is from Phu Yen province.

Vo An Don is a lawyer who has defended political prisoners and victims of injustice. Due to his activism, he has often faced harassment and attempts to disbar him. In 2016, he was awarded the Human Rights Prize from the Vietnam Human Rights Network. Read more about his history as a the “farmer lawyer” and his long legal battle for his right to practice law, here.

Vietnam: Lawyer Disbarred For Speaking Ill Of Regime and The Communist Party, The Vietnamese, April 14, 2019

The Vietnam Bar Association upheld the decision of a local organization to take away Vo An Don’s license to practice law, despite a petition from over 100 lawyers asking the Bar Association to protect its members’ freedom of expression. Don had appealed to the November 2017 decision from the Bar Federation of Phu Yen province to the national level after he received a notice disbarring him just days before he was set to appeal Nguyen Ngoc Nhu Quynh‘s (Me Nam’s) 10-year sentence. Don believes he has been targeted for his work defending Quynh and others in political cases, but he says he will continue his work.

In December 2018, Don filed a lawsuit against the decision on the disbarment from the Ministry. However, a lower court, and then the People’s High Court in Danang upheld the Ministry’s decision in April 2019, officially and permanently disbarring Vo An Don.

Vietnamese Rights Lawyer Stripped of His License to Practice, Radio Free Asia, May 24, 2018

Vietnam: Lawyer Disbarred For Speaking Ill Of Regime and The Communist Party, The Vietnamese, April 14, 2019