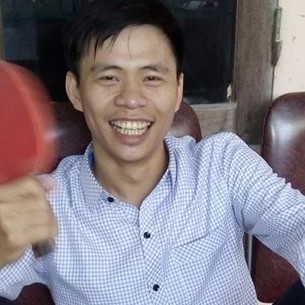 Tran Huu Dao lives in Dien Chau District, Nghe An province. Since 2008, he has worked as a teacher, teaching Physics at Thai Hoa High School, Nghe An province. He was well-regarded by students and colleagues, which could be seen through many comments on his Facebook. However, he was dismissed by Nghe An Department of Education and Training on October 2, 2018.

On his Facebook account, namely Huu Dao Tran, he usually shares his views on national issues. Because of his influence on students and his recent activism, he became the target of pro-government opinion shapers also known as Force 47, which was formed by the authorities to detect and silence dissidents on the Internet.

His father is a veteran, recognized by the authorities.

At 8:40 am on September 4, 2018, Tran Huu Dao was kidnapped and beaten when he was on the way to Thai Hoa High School, Nghe An Province, where he was teaching physics. This incident was reported on his Facebook on the same day.

Three unknown people suddenly dragged him into a taxi when he was walking from Phung Nham bus station. These people acted like they were solving a debt dispute to keep the taxi driver from being suspicious and following their request. Dao was beaten continuously during the journey.

The car stopped at Nghia Minh commune, a remote area, where they assaulted him harshly and threw him into mud. They only left after destroying his SIM card and cellphone. After laying for three minutes, Dao tried to get out from the mud and cleaned himself up. Finally, he went back to his school after asking for help from travellers.

Because of the kidnappers’ skills in acting and beating him without leaving outside scratches, Dao believed that they were police in plainclothes. 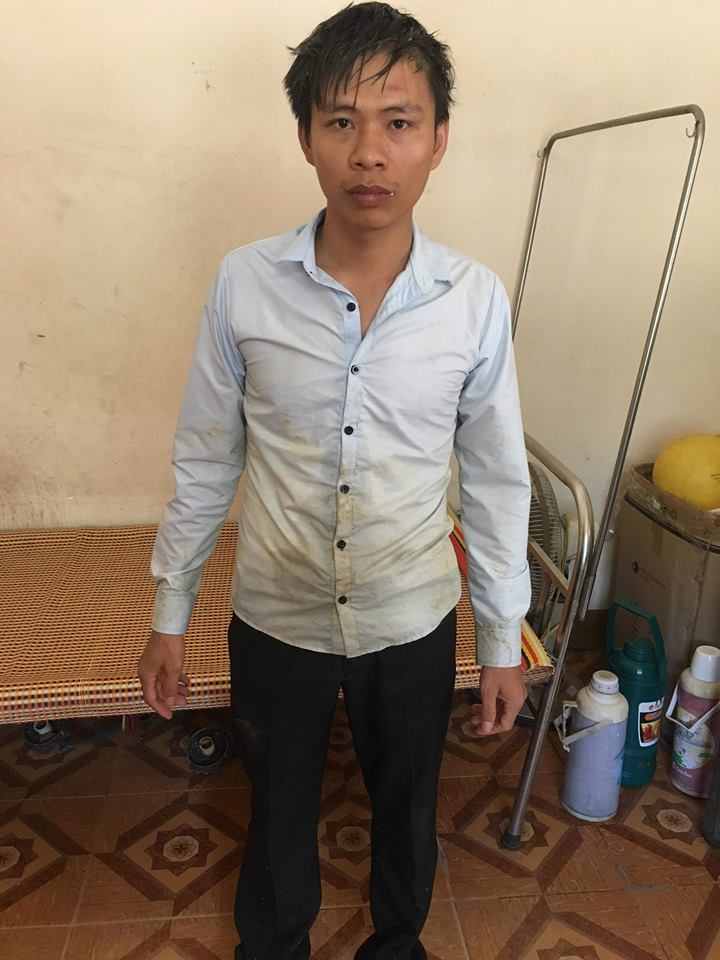 Tran Huu Dao at school after being kidnapped and beaten

October 2, 2018: dismissed by Nghe An Department of Education and Training

On October 2, 2018, the Department of Education and Training of Nghe An Province issued a decision on dismissing Tran Huu Dao from teaching at Thai Hoa High School, Nghe An Province. The announcement didn’t indicate the reason for the dismissal. However, this incident was likely linked to his activism, especially for the opinions expressed in his Facebook account Hữu Đạo Trần, where he often shares his views on national issues. 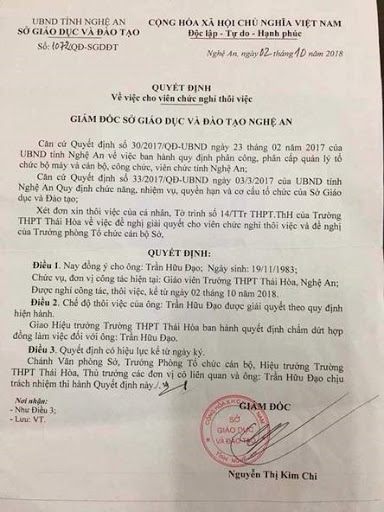