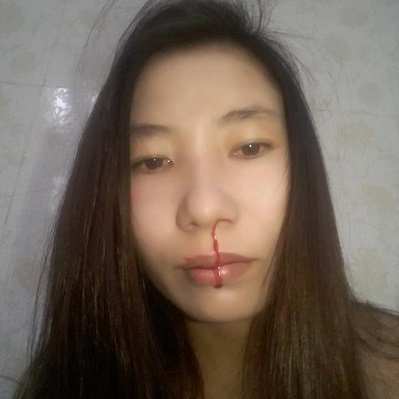 She used to work for local website Dan Tri for eight years. Since March 2, 2017, she has been a freelance journalist, after deciding to quit the job.

During her time working for local website Dan Tri, she reported on sensitive issues that state media was avoiding, such as land grabbing, environmental pollution, and petitioners.

She had been arrested two times before the incident on November 9, 2018. In 2017, because of her news on a protest of traders at An Dong Market, Ho Chi Minh City, she was detained and beaten by police. In another incident, police also left her in a remote area, near the Vietnam and Cambodia border while confiscating her phones, recorder, passport and and other properties.

She has a young child.

At 12:00 pm on November 9, while interviewing the relatives of political prisoners who were sentenced because of their participation in demonstrations against the law on Special Economic Zone in Bien Hoa, Dong Nai Province, in a coffee shop near Bien Hoa Metro, Thu Le was kidnapped by a group of public security officers of Dong Nai province, led by vice captain Do Tuan Anh (aka Tuan 67).

At the public security post, Thu was harshly beaten by Tuan, causing her to have a prolonged bleeding nose and painful stomach. Tuan also threw her phones at her, then damaged her property by washing and soaking them in water.

Thu was forced to go back at 8:00pm without her phones.

After the incident, her Facebook account was attacked by Force 47, a cybersecurity military force run by the Vietnamese government, which prevented her from replying to inbox messages, commenting, or posting.

Being threatened by Tuan through messages, Thu Le decided to send a four-page denunciation report against Do Anh Tuan for his unlawful arrest, violent attack, and property damage on November 14. She requested to be compensated and for Tuan to apologize to her publicly. 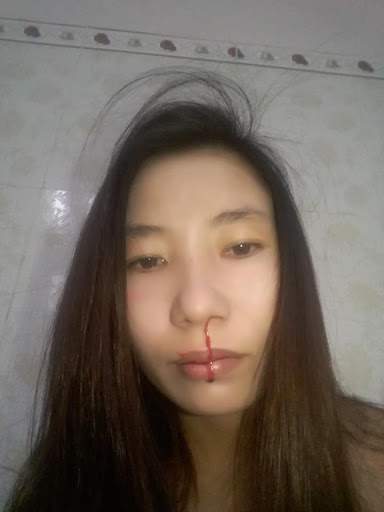 Thu Le's injuries after her arrest 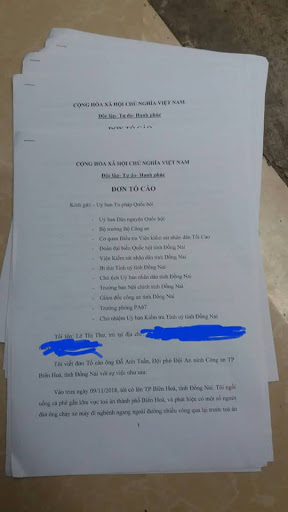 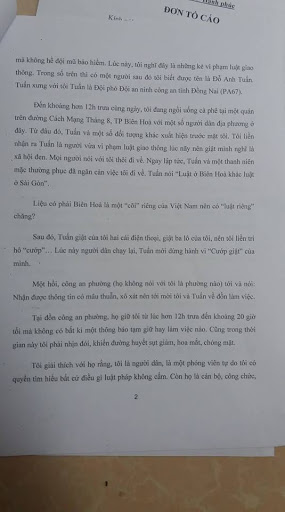 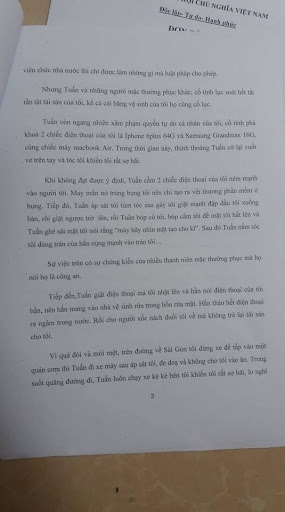 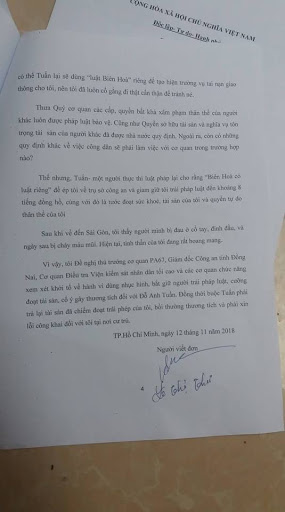 After being harassed two times by police, Le Thi Thu brought her daughter to a hotel in District 12, Ho Chi Minh City to sleep at 11:15 PM. Feeling unsafe, she decided to move out but was detained by police at 00:00. They then took her to police station of Hiep Thanh Ward and questioned her on her activities.

Police intended to confiscate her phone and MacBook but finally failed because of strong reaction from her, threatening them that she would go to Ministry of Public Security to ask for her confiscated properties.

She and her daughter were released at 8:00 AM the following morning.

On May 27, 2019, Le Thu was arrested by Tuan 67, a public security officer of Dong Nai province, and some undercover collaborators, while she was at a coffee shop far from the Moc Bai border gate. At the border guard station, they accused Thu of entering Vietnam illegally. When Thu questioned them about evidence showing her “illegal” entrance, they called some witnesses, including a motorcycle taxi driver, a bus driver, and an observer, who seemed to be under the command of officers. However, those people could not prove her guilt. Still, the border guard station made a decision to issue an administrative fine against her, in which she was fined four million VND (approximately 170 USD) for “entering Vietnam illegally.” She refused to plead guilty and sign the report, which the officers finally accepted. Instead, they confiscated her phone, laptops and 200 USD. During her detention, Thu went on hunger strike to protest her arbitrary arrest.