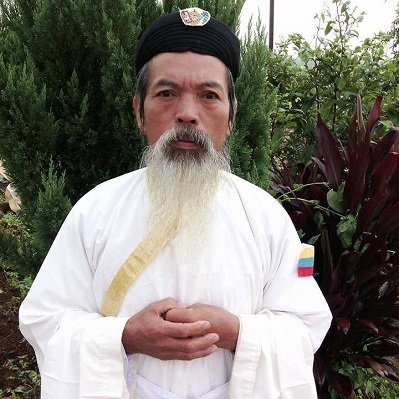 Lawyer Le Cong Dinh and Hua Phi were both barred from attending meetings related to the US-Vietnam Human Rights Dialogue.

Hua Phi is the leader of Cao Dai, an indigenous religion in Vietnam. He advocates for freedom of religion and is often invited by foreign ambassadors in Vietnam to talk about religious freedom and human rights in Vietnam.

Hua Phi is member of the Inter-Faith Council of Vietnam and Popular bloc of Cao Dai Church, which are not recognized by the state.

Because of his strong criticism towards the government for violating freedom of religion and sentencing religious leaders to heavy prison terms, he has suffered harassment, threats, and torture from the police.

Since 2013, the police have summoned him many times with a number of reason such as:“Offending the motherland and providing unreal news,” “Pretending to be a Sub-dignitary” or  “Discussing some issues relating to local religious activities,” etc.

In 2015, the police of Vinh Long province forced him to leave Vinh Long even though Hua Phi was not able to travel because of his high blood pressure. At that time, Hua Phi and many other religious leaders were visiting and hosting sub-dignitary Nguyen Kim Lan after he recovered from a heart surgery.

At 4:00 pm on June 22, 2018, two police officers of Duc Trong District, Lam Dong province, namely Thinh and Minh, came to Hua Phi's house to give him a summons order.

At 7:00 pm, when his family was having dinner in the coffee garden, a man knocked the door, introducing himself as Hiep Thanh, of the commune police Long, saying that he came to explain more about the summons order.

When Hua Phi unlocked the door, dozens of police, both in uniforms and plainclothes, covered his head and beat him so harshly that he fell unconscious. Before leaving his home, they cut his beard and threatened his members of family to not leave their residence.

Hua Phi reported his incident to the local authorities but they were unresponsive.

He was brought to hospital and diagnosed with a spine injury and needed a surgery. Moreover, his kidney was also injured and caused blood in the urine.

This attack was considered part of the regular retaliation of police towards his activities, such as meeting with pro-democracy activists to discuss demonstrations, criticizing the religious repression, and calling for freedom of religion.

Given that Vietnam and Australia were going to organise an annual dialogue on Human Rights, the most important reason for the attack could have been to prevent him from meeting an Australia ambassador at Giac Hoa pagoda in Ho Chi Minh city on June 25.

Police set on fire farm equipment that belongs to religious activist Hua Phi, a priest in a Cao Dai church in Lam Dong province, possibly in retaliation for attending a meeting with foreign diplomats. Hua Phi returned home from the meeting in Ho Chi Minh City on November 9 and discovered the damages, which he believes were done because police were angered that he was able to get out from under their surveillance. The incident follows a vicious attack in June where he was beaten unconscious by police, as well as several months of pressure from authorities for him to submit to police questioning.

Police of Duc Trong district, Lam Dong Province, accusing Hua Phi of providing "untrue" information to outsiders and offending Vietnam, summoned him on November 29. However, Hua Phi did not go because this was the twelfth time that they sent him a summons order with the same accusation, which he had clarified with them many times. 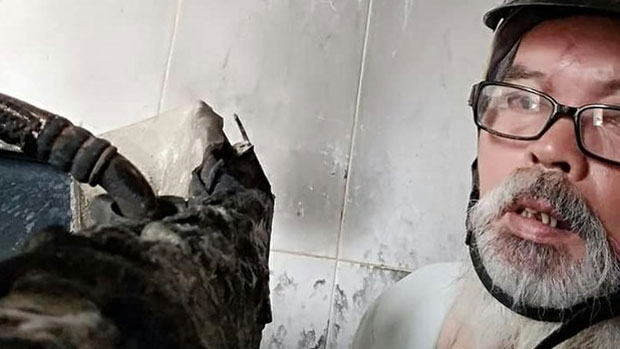 March 17, 2019: forced to go to police station for questioning

At 7:00 am on March 17, 2019, approximately 20 public security officers stormed into Hua Phi’s private house at in Duc Trong District, Lam Dong province and took him to police station of Duc Trong District, even though he told them in he was in poor health.

During the interrogation, his high blood pressure got worse. Therefore, police allowed medical staff to check his health and let him rest before continuing. However, they had to release him soon after because of his dangerously high blood pressure.

He was questioned on his alleged participation in Alliance for Independence and Democracy of Vietnam, an unrecognized organization that the authorities have categorized as “reactionary group”. Police sent him three invitations between March 7-12, 2019, to work on this issue, with which Hua Phi refused to comply.

May 12, 2019: blocked from meeting with foreign officials

Lawyer Le Cong Dinh and religious leader Hua Phi were both barred from attending meetings related to the US-Vietnam Human Rights Dialogue. On May 12, 2019, Dinh was blocked in his house by a large number of security officers. They also threatened him not to leave that day nor the following day. The delegation from the US Department of State had invited him to speak at the Dialogue. Hua Phi was blocked into his home with large furniture, which prevented him from leaving.

The US spoke out against the Vietnamese government’s harassment and surveillance of activists ahead of the event, which prevented some activists from attending. 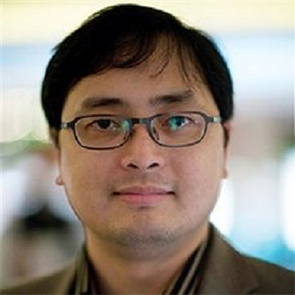