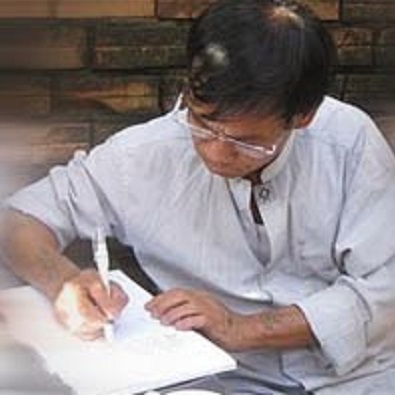 Pastor Doan Van Dien was sentenced to 4.5 years in prison on December 10, 2007 by the People’s Court of Dong Nai for “abusing democratic freedoms,” along with his son Doan Huy Chuong, for labor and land rights organizing.

He and his son, Doan Huy Chuong, are both Vietnamese activists and former political prisoners.  Chuong was sentenced to 18 months in 2007 and later to seven years in prison for “disrupting security” (Art. 89 of 1999 Criminal Code) in 2010 when labor organizing with co-founders of the Viet Labor Movement Do Thi Minh Hanh and Nguyen Hoang Quoc Hung. Even after his release from prison, authorities continue to target Chuong for his activism.

Doan Van Dien, his son Doan Huy Chuong, and two others, were tried and convicted on December 10, 2007 in the People’s Court of Dong Nai Province. Dien was sentenced to 4.5 years in prison under Art. 258 of the 1999 Criminal Code for (“abusing democratic freedoms”). According to Radio Free Asia: “The four were accused of collecting complaints of government land-rights violations and passing them on to RFA and other news organizations, as well as distributing anti-government leaflets at a meeting in Hanoi before an Asia-Pacific Economic Cooperation (APEC) summit in November 2006.”

Public security arrested Protestant Pastor Doan Van Dien on December 24, 2017 at his home for allegedly  “distributing anti-State materials online,” but they did so without presenting formal arrest papers. His son, Doan Huy Chuong, believed the arrest was a ploy to actually arrest him instead. Chuong is a former political prisoner and a leader in the Viet Labor Movement. He went into hiding after his father’s detention in December. Authorities finally released Pastor Dien on January 30, but in the weeks between, provided no information to his family.