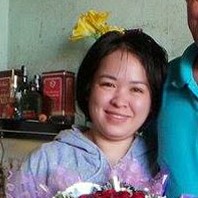 She is from Lam Dong province and studied to be an accountant in university.

Profile photo source: When the struggle for justice is a family tradition, It’s Not OK: Women struggling for human rights

At a young age, Do Thi Minh Hanh became active in land rights struggles and helped form a union called the United Workers-Farmers Organization. In 2010, she and fellow activist Nguyen Hoang Quoc Hung took photos of and spoke out against the controversial Bauxite mining project in the Highlands. Later, she, Doan Huy Chuong, and Nguyen Hoang Quoc Hung began organizing workers at a shoe factory.

When the struggle for justice is a family tradition, It’s Not OK: Women struggling for human rights

In February 2010, labor rights activists Do Thi Minh Hanh, Doan Huy Chuong, and Nguyen Hoang Quoc Hung were detained after organizing workers at a shoe factory. In October 2010, they were indicted under Article 89 of Vietnam’s Penal Code for “disrupting national security” and were sentenced to seven, seven, and nine years in prison, respectively.

Human Rights Watch condemned the use of incommunicado detention and called on Vietnam to provide lawyers to Do Thi Minh Hanh and her co-defendants, and inform them of formal charges, or release them.

Hanh was adopted by US Rep. Chris Van Hollen (MD) during her imprisonment.

Do Thi Minh Hanh was detained at Vinh international Airport in Nghe An province and deported home to Ho Chi Minh City. Her cellphone and some money were confiscated. She was also allegedly beaten by security officers who had come to the airport to monitor activists. She had arrived to the airport with plans to attend the trial of political prisoners Hoang Duc Binh and Nguyen Nam Phong, scheduled on January 25, 2018, to show her support.

May 16, 2018: prevented from travelling abroad to visit mother

Do Thi Minh Hanh was blocked from leaving Vietnam to travel to Germany to visit her mother. She was stopped at the airport in Ho Chi Minh City, where officials denied her right to travel for “national security” reasons. She had previously received assurance that she would be allowed to leave the country. This was the fourth time in the past three years that Hanh’s travel had been restricted.

Two alleged undercover police agents attacked the residence of Do Thi Minh Hanh. They threw rocks and a homemade explosive at the home. Two days earlier they had tried to attack the home, but failed. During the night of the attack, both Hanh and her father were inside. Hanh said she had been facing increasingly tight surveillance in the recent weeks. Police did not respond to the attacks.

Blogger Dinh Van Hai was also assaulted by thugs after visiting Hanh at the residence the morning after the attack. The attack resulted in a broken right hand and left shoulder; and he had to go to the hospital for treatment.

Amnesty International called on local authorities to respond to the attack and work for Hanh and her father’s safety moving forward.

Unknown attackers launched bricks and toxic gas into Hanh’s private family residence on July 3, where she was staying with her father. It left her father with difficulty breathing, and both suffered from the gas’s toxic effects. Police were unresponsive, leaving some believing they were directly involved in the attacks against Hanh. This attack follows another on June 26 and potentially others between June 26 and July 3. Hanh had noticed increased surveillance around the home in June.