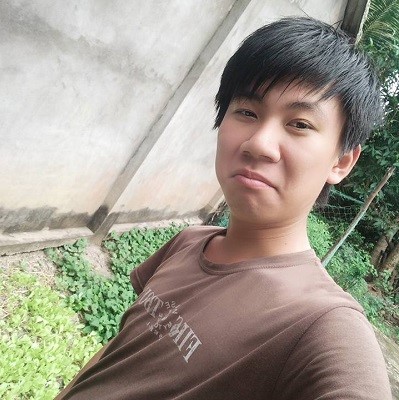 Thanh graduated from the Ho Chi Minh College of Electricity. He is living in Tra Vinh province.

On his Facebook Đặng Thanh, he usually posts his views on social issues.

October 26, 2018: beaten, detained, and fined for leafleting and posting on Facebook

In June 2018, Dang Thanh spread leaflets with content that said “don’t allow China to rent the land even for one day." His family was harassed by police, forcing him to leave home to go to another commune in Tra Vinh Province.

On October 26 and 27, Thanh was questioned about leafleting against the bill of the Special Economic Zones and sticking leaflets on nearby electrical poles.

At the public security post, Thanh was beaten again and forced to take off his clothes.

After two working days, Thanh was allowed to go back to his rental place under surveillance in the evening of October 27. Thanh asked to return to his home, where he has his permanent residence address, to visit his parents on October 28. 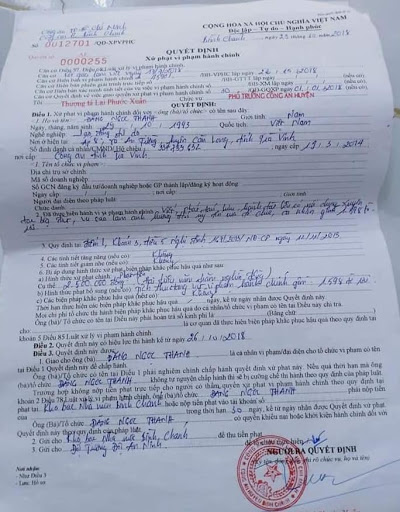 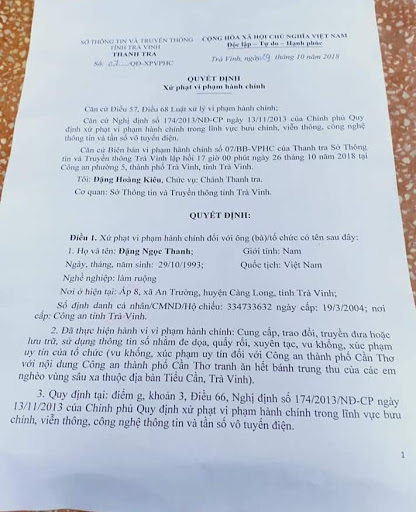 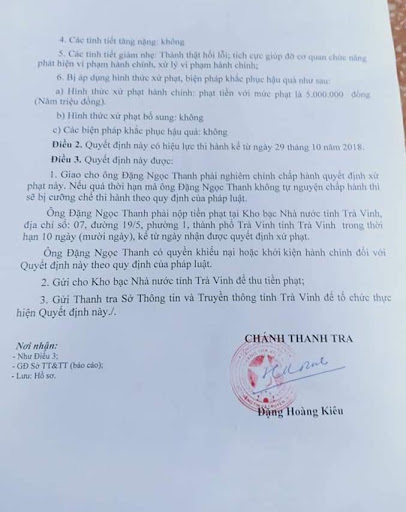