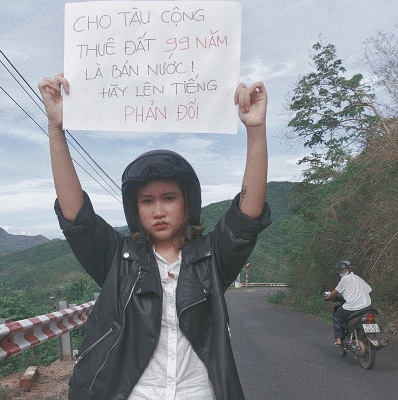 Tram Anh lives and works as a designer and a painter in Nha Trang city, Khanh Hoa Province. She is active on Facebook as a pro-human rights activist.

On her Facebook account, namely Hoàng Paris, she posts about national issues, especially on China’s influence in Vietnam.

She also encourages the Vietnamese young people to be more concerned about politics and raise their voice on national issues, such as the increase of petroleum prices and other governmental policies.

She participated in the massive protests against the draft laws on Cybersecurity and Special Economic Zones in mid-June 2018.

Early in the day on June 25, Cao Hoang Tram Anh was kidnapped and tortured in Khanh Hoa Province by four men whose actual identity can’t be verified.

The men made her unconscious by spaying a liquid into her face then brought her to a house in a city to torture her physically and mentally for many hours, according to Defend the Defenders. Tram Anh stayed in shock and was not able to remember the details of the incident after being released in the morning on the same day.

This action was believed to be a retaliation for her participation in national protests on June 10, 2018.

Prior to this abduction, police in Khanh Hoa came to her house twice, demanding that she stop writing on politics. 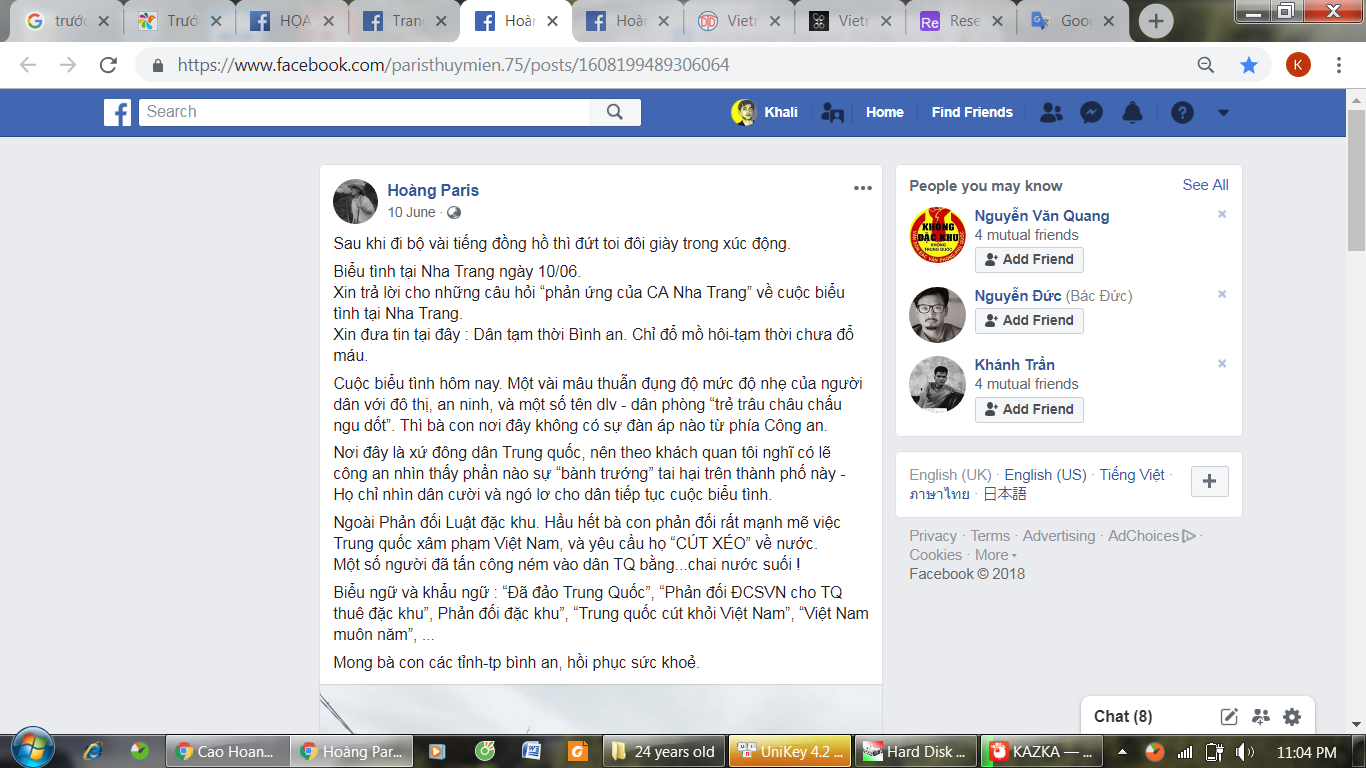 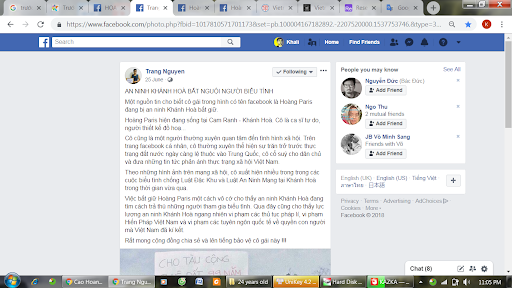 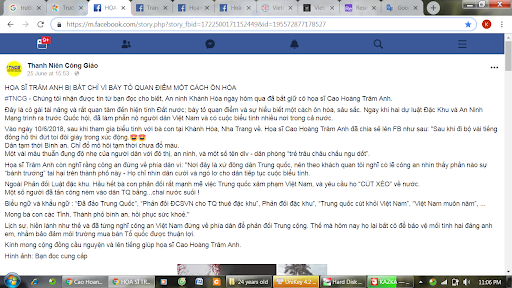