On May 24, a Vietnamese Court in An Giang province denied Le Thi Hen's and five other Hoa Hao Buddhists' appeals of their February 2018 sentences.

Le Thi Hen was indicted by the police of An Phu district on June 20, 2017, but she was not detained while waiting for the trial. She was given a two-year suspended sentence at trial and will not serve that sentence in detention.

She was due for release from prison in June 2019. The 88 Project has been unable to verify her release, and thus, we have listed her as "likely released - at risk." We acknowledge that she may still be imprisoned, and if she was released, she may still be at risk of harassment or even rearrest.

Hen was given a two-year suspended sentence due to her poor health. 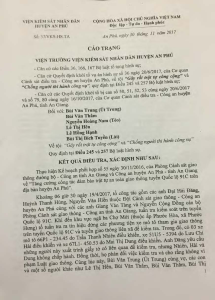