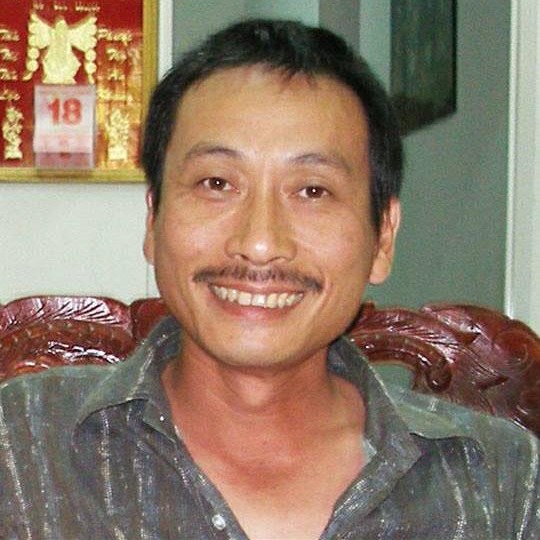 Nguyen Dinh Ngoc was released from prison on December 27, 2018, after serving three years in prison under Article 88 of the 1999 Criminal Code for his peaceful activism.

Read this interview by the RFA with Nguyen Dinh Ngoc, in which he shares his experience in prison and the personal sacrifice he had to endure to speak the truth. Here are his own words: “Until August 25, 2015, the visitor log was brought in for me through the small hole on the wall. I was startled when I saw the writing and signature of my youngest son. I was so happy and anxious, I wept. It was the first and last time after eight months of imprisonment I saw his handwriting and signature. Then, my son died three days later. The next day, the guard informed me about his death. I will never forget that terrible day when I was told the heartbreaking news in such a cruel and emotionless way. Then, I offered to plead guilty, hoping to be allowed to go home to observe the 100th day after his death, but they did not allow me to go. When the investigation period was over, they still did not let me meet my family.”

Nguyen Dinh Ngoc's son died while he was imprisoned, and Ngoc was not permitted to attend the funeral.

Interview: 'They Are Very Sick, But The Illness Cannot Be Treated With Medicine,' Radio Free Asia, January 19, 2018

He was arrested in Ho Chi Minh City on December 27, 2014. He was tried under Article 88 on March 30, 2016 and sentenced to four years in prison and three years of probation, later reduced to three years in prison on appeal, allegedly because of familial ties to the Communist Party.

Human Rights Watched called for Ngoc's release ahead of his appeal trial.