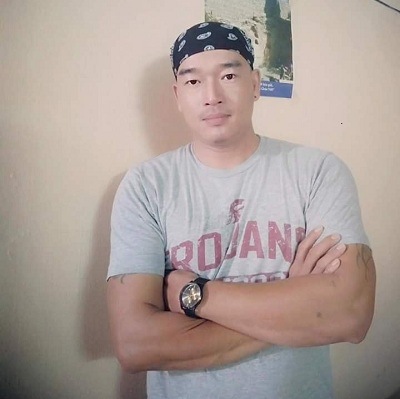 Nguyen was released from prison on September 22, 2020 after completing his two-year sentence.

Since 2002, Nguyen Hong Nguyen settled down in Can Tho City, Vietnam after a long time living abroad. He worked as a driver and was the main breadwinner in his family.

Nguyen used to live in Australia for many years, and he understood the values of freedom of speech, freedom of press and democracy. Therefore, on his Facebook, he usually shared and liked the articles on socio-political issues.

He has two young children and also supports his wife and elderly mother.

Before being prosecuted, Nguyen was arrested at Cai Rang market on June 16, 2018 when he had just finished driving for a merchant there. Police then searched his house and confiscated his phone for investigation and released him.

On July 6, the Investigation Agency of Cai Rang District issued a prosecution order towards him with the accusation of “uploading information on a computer or telecommunications network against regulations of law” under Article 288 of the 2015 Penal Code.

On July 10, the People’s Procuracy of Cai Rang district approved the decision of prosecution against Mr. Nguyen. In addition to this, another order banning him from leaving his residence was also released to ensure his attendance at the first instance court hearing.

On September 22, they held a trial and sentenced him to two years in jail under Article 331 of the 2015 Penal Code for “abusing democratic freedoms to infringe upon the interests of the State, lawful rights and interests of organizations and/or citizens”. During the trial, Mr. Nguyen did not have a defense counsel.

According to the indictment, since 2017, Nguyen used a Facebook account, namely Nguyên Hồng Nguyễn, to read articles and watch videos, as well as pictures, with anti-state content. Mr. Nguyen posted and shared many articles on Facebook which defamed leaders and authorities.

On November 22, the People’s Court of Can Tho City held an appeal trial against Nguyen Hong Nguyen. His sentence was upheld on appeal. 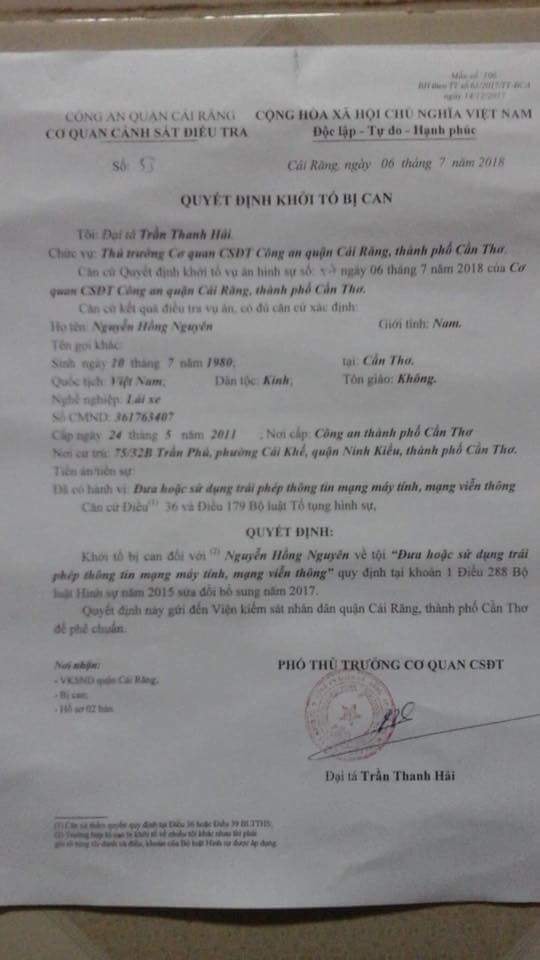 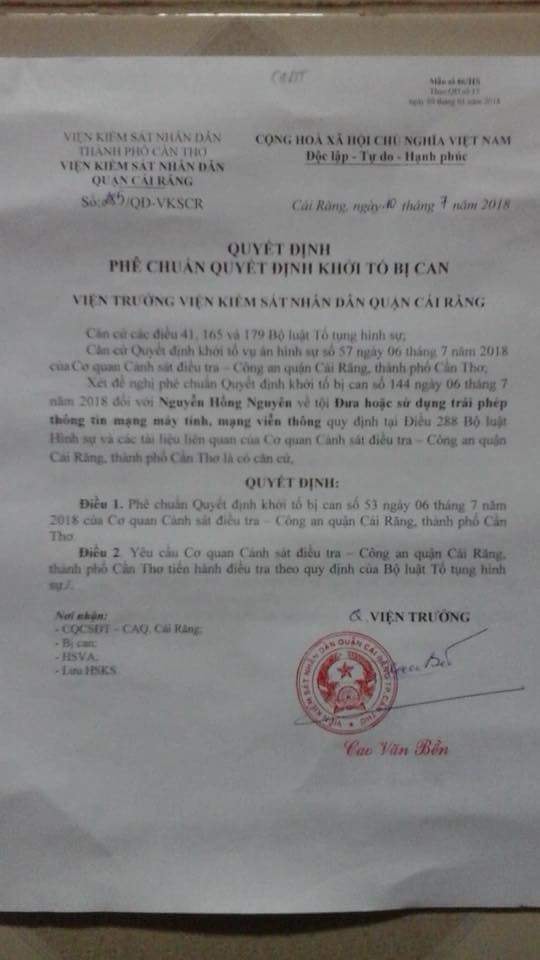