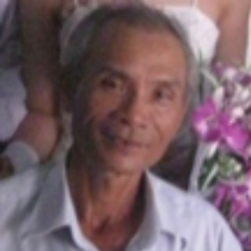 Vo Ngoc Cu is a member of An Dan Dai Dao, a Buddhist sect founded in 1969 but outlawed after the Communist regime took over South Vietnam in April 1975.

Arrested on February 6, 2012, he was sentenced to 16 years in prison and 5 years of probation pursuant to Article 79 of
the penal code. He is currently in Section K3, Prison T345 in Xuyen Moc District, Ba Ria- Vung Tau. His health is poor.