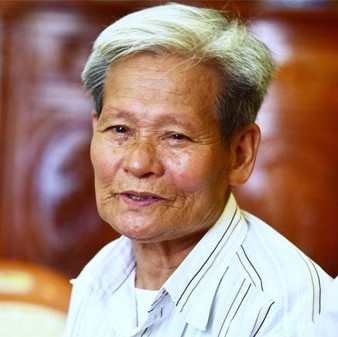 In a report released by Hanoi police investigators, authorities are formalizing charges of murder against 25 residents of Dong Tam Commune who were arrested after a violent early morning raid by local public security forces left three police officers and the leader of the village dead. Four others also face different charges. The report raised more questions in an already disputed case, such as “why DNA identifications were not made of the three police officers who died in the assault, reportedly by burning” and details of the case of Bui Viet Hieu, an elder activist who was shot and injured during the raid.

Bui Viet Hieu has lived and worked in Dong Tam Commune all of his life. Hieu was the vice-director of the Dong Tam Co-operative Society and the president of the local Vietnamese veteran association.

Bui Viet Hieu was also a member of the Consent Group, with a long history of working for the local administration. From 2014 onwards, alongside Le Dinh Kinh, he formed the Consent Group to represent Dong Tam residents and fight against abuse of power and corruption in land management in Dong Tam.

He is known as the “second man” of the Consent Group, as he often represented the residents of Dong Tam and answered questions from the press.

In the raid at 3:00 am on January 9 2020, Hieu was heavily injured and was and still being treated in Hospital 103 (a military hospital) at the time of this writing. For this reason, he was not in the so-called documentary that featured the “confessions” of the arrestees, which was made by the state-owned national television network (VTV) and aired nationwide on January 13, 2020. His daughter, who was able to visit him briefly in the hospital, saw that he was still handcuffed while being treated, and she said that the public security had broken some of his teeth.

Dong Tam is a rural commune belonging to My Duc District, Hano City, now also named after the long-standing land conflict between the residents of Hoanh Village and the government concerning the legal status of the traditionally agricultural land called Dong Senh. The conflict started in 2014, when the government tried to ban residents from entering and cultivating in Dong Senh. The hostilities continued for several years and quickly attracted national attention when the leader of the village, Le Dinh Kinh, was allegedly kidnapped by the public security forces, resulting in a serious leg injury in 2017. Subsequently, the villagers took dozens of public security officers surrounding Hoanh Village hostage. Things only deescalated after Le Dinh Kinh was released. The 2020 deadly incident was unexpected by many observers.

His health is likely in critical condition, as he was still being treated in the hospital at the time of this writing.

The 88 Project and seven Vietnamese human rights organizations sent a joint letter to EU Members of Parliament calling upon them to take action to postpone the ratification of the EVFTA until Vietnam shows genuine improvement in human rights conditions. 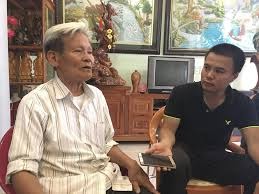 Hieu being interviewed after the 2017 incident